I am not going to lie to you - working with a company like Haemimont Games is one of the best things one could ask for! Recently I have written a lot of different music, mostly film scores for projects inside Bulgaria. Those are very different in nature than an epic video game - they are more intimate, require a more 'chamber music' approach. This is why I was so inspired when it came to writing the Main title and Boss fight theme ("Archdemon" in the album) for Victor Vran - I had the chance to do something majestic and epic and (this is the coolest part!) I had the budget to afford recording these two cues with a live orchestra. 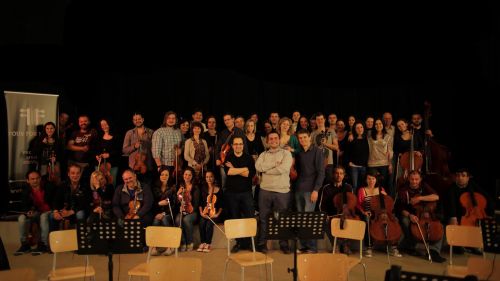 The past couple of years I've worked with Four For Music Ltd. and the Sofia Session Orchestra - naturally they were the first choice I had when it came to recording the music. The ensemble was just strings - 40 players, meaning 12 first violins, 10 second violins, 8 violas, 6 celli and 4 basses. Conductor was my friend and collaborator Lyubomir Denev - Jr. On the picture above I am standing with the glorious players and also with Gabriel Dobrev (Haemimont Games producer) and Lyubomir. Concertmaster was Yordan Dimitrov.

There is no greater joy than having a group of 40 wonderful musicians perform your music - even though the strings are just a part of the entire picture, it is still incredibly inspiring. Here you could have a quick peak at the conductor's score for the "Main titles": 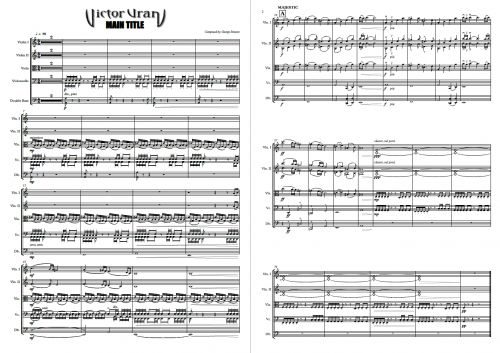 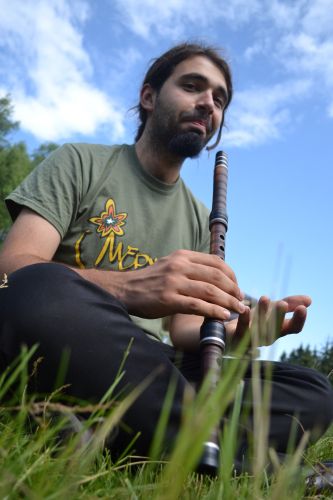 The Bulgarian kaval is a chromatic wooden flute widely used within the Balkans. It is a very specific instrument that is featured in our local folk music mostly because of its virtuosity (unlike other ethnic wooden instruments).

Victor Vran had a slight Bulgarian vibe from the beginning - even though it was a steam punk-ish video game it still had names like for instance the town Zagoravia (influenced by the medieval region Zagore; also Zagorie, Zagora, Zagoria).

Long time ago, when I was performing with bands I had the pleasure of meeting my friend and collaborator - Hristian Georgiev who at that time was a member of the hip-hop band "LOGO5". Hristian was born at the same year as me - 1989, finished the First English School in Sofia and then the Sofia university, wanting to become a historian. However, music entirely took over his life - even back then, as a student, he played drums, studied solfege and piano. Went through different music styles - hip-hop, reggae, computer producing, latin ethno-jazz. Started studying the kaval and in 2009 was part of the creation of "Oratnitza" - an acoustic ethno-fusion project that shows Bulgarian folklore music in unheard before combinations.

I have worked with Hristian on previous projects (the documentary about the Dervishes) and working with him is always a great joy - all performances in the Victor Vran soundtrack were actually improvised on top of the music! 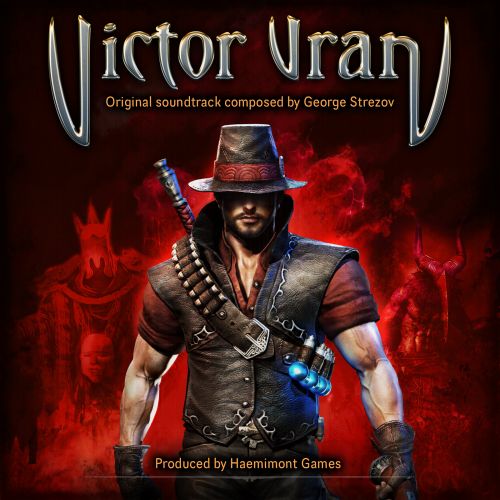 as probably some of you already know I will be releasing the music from Haemimont Games' "Victor Vran" - a video game that I had been scoring for more than a year. I will be posting some updates regarding the music and here is the first one - the official track list plus previews for all of you who might be interested in getting the album. Please spread the word if you've enjoyed the soundtrack! Stay tuned for more information regarding the orchestral recordings, production and artists involved in the making. 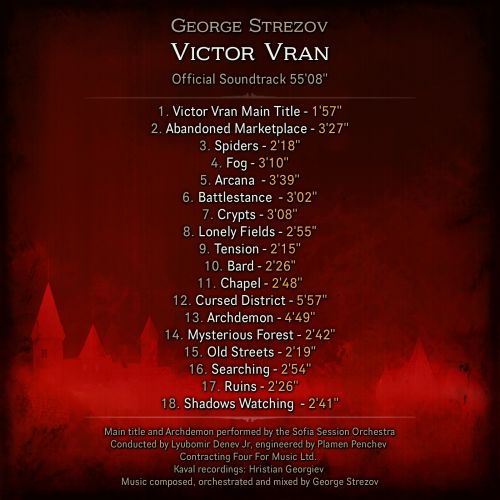